Talk about a big beer. This dark brown beauty is bold in every way possible. The wood aging dominates the aroma and flavor, which is at first tart and then oaky, and right off that bat you can tell it has a high alcohol content — more than 10 percent. Once the beer warms up a little bit though — stouts develop new flavors as they warm up — roasty and chocolate notes shine through. According to Moa’s website, the beer is 100+ IBUs, which likely helps balance the full body.

Penfolds is an internationally iconic wine from Australia, and the first Australian wine I ever tasted aside form Yellow Tail. This is a widely popular and affordable blend from the Koonunga Hill Range. The wine tastes like raspberries, mulberries, and red currants. The tannins and oak are noticeable but mild, and this bottle clocks in at 14.5%!

These are the heart warming moments when you realize just how well your best friends know you *ugly cry* Tiney surprised us with this iconic and nostalgic brew. Ale Smith Brewing Company out of San Diego, California teamed up with the co-founder of Sublime, Bud Gaugh to create this Mexican style lager to commemorate the 25th anniversary of their amazing “40oz to Freedom” album (one of our favorite albums!). They crafted a beer that is clean and crisp, slightly sweet with subdues hops, and an all around tasty beer to drink in the southern California sun. Speaking of suns, the gorgeous can features the Sublime sun logo that fans know and love – we really hope Bradley Nowell would be proud that his legacy still touches the lives of fans around the world today. “Two pints of brew, tell me are you a badfish too.” 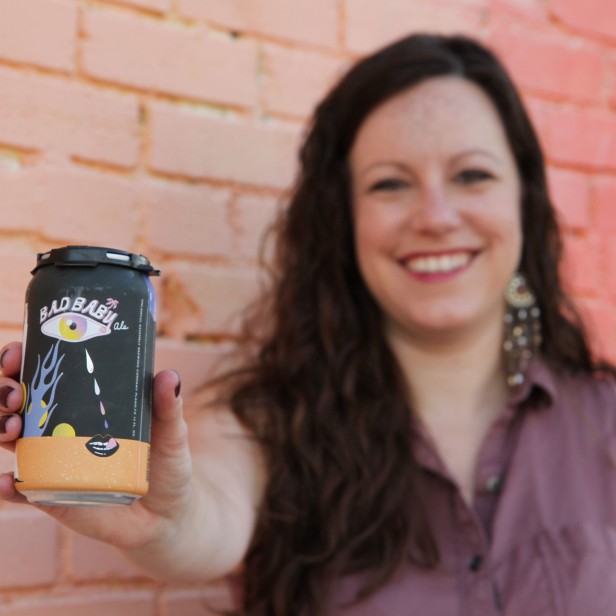 Sarah Jaffe’s inspiration for this brew comes form the Paloma cocktail (tequila, grapefruit soda, and lime – yum!!) she wanted to create something citrusy and refreshing for the Texas heat. Unlawful Brewing Co. based out of Plano, TX is no stranger to tropical fruit flavors in their beer, Idol Time Passionfruit Pineapple and Idol Time Agave Lime are wildly popular! 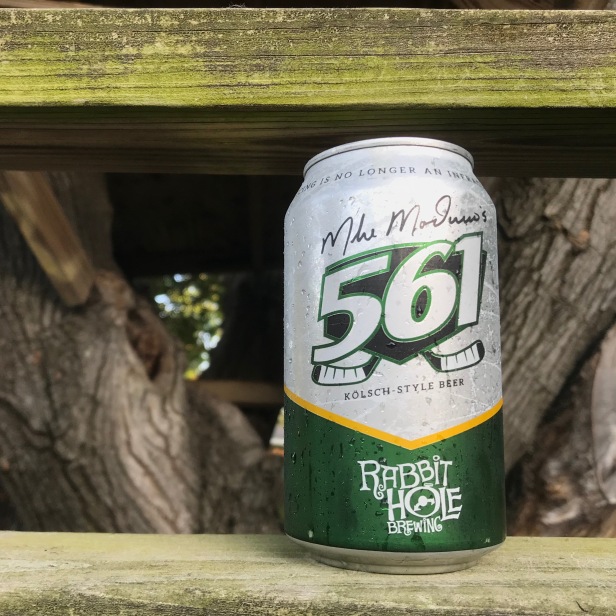 This clean, crisp, kolsch style beer was created in a loose collaboration with the beloved Dallas athlete. The brewers of Rabbit Hole have a mutual friend with Mike Modano, and after meeting the brewers crafted a beer with soft malts and fruity hops that fit Modano’s tasted perfectly. Modano decided to call the beer 561 to commemorate his 561 goals made as a professional hokey player (that’s a record for american born hokey players!) This beer uses German Pilsner malts with noble hops to create a light, refreshing brew. 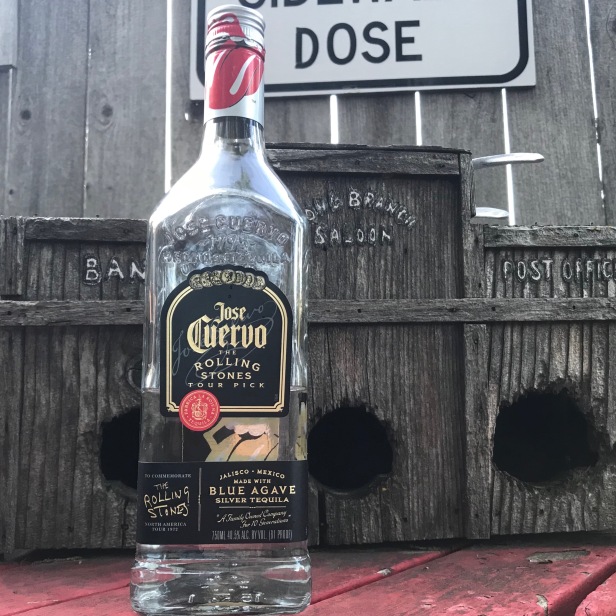 This is just the same great Jose Cuervo you’re used to mixing in your margs, except it comes in a commemorative Rolling Stones bottle. When the band travelled the US in 1972 they caught a reputation for being rowdy and tequila fueled – the tour would infamously be known as the “Tequila Sunrise Tour”. To celebrate that bit of rock music lore Jose Cuervo released this limited edition bottle. 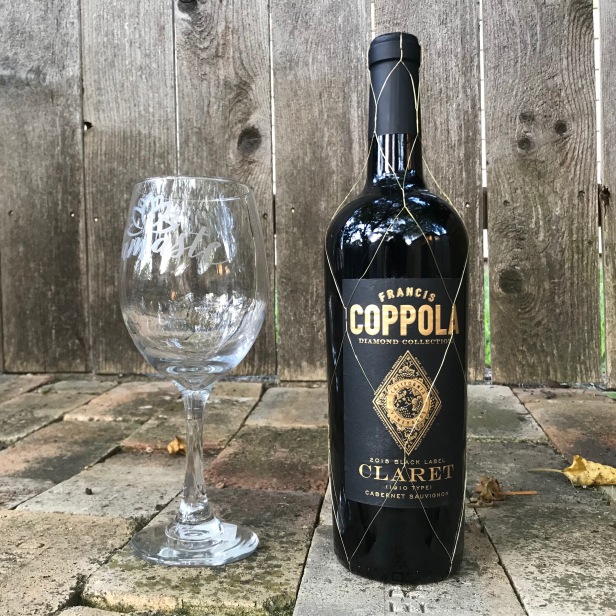 This is one of our favorite affordable go-tos at the ol’ bottle shop, at just $10 a bottle the California take on a Bordeaux Blend is a great buy. And damn she looks good in gold! Claret is a term that the English have historically used to describe red wines from the Bordeaux region of France, and along with the term Meritage, it has evolved into use by winemakers around the world who create a Bordeaux style blend. This wine sports 75% Cabernet Sauvignon, 21% Petit Verdot, 4% Petit Sirah and spends 14 months in French Oak.

Long a leader in the IPA movement, California-based Stone Brewing Co. is known for its hoppy beers. With this one, Stone was on trying to make a fruited IPA without using any fruit. The tropical and citrus notes in aroma and flavor come from the Loral, Mosaic and Mandarina hops used in the brew.

This a decent enough cheap bottle of Shiraz. It’s light red and slightly translucent, tastes of cherries and red plums with an oaky sweet finish. I was looking for a value over a high end wine (I paid 5 dollars for this Shiraz) because I used it in one of my favorite recipes – wine jelly!! Since you’re adding an ungodly amount of sugar and boiling the wine for the recipe I don’t suggest spending too much on a bottle, just grab a varietal you like! 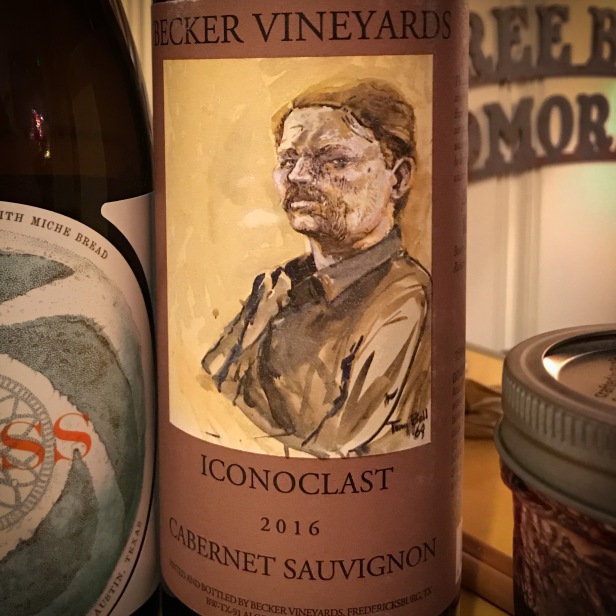 Becker Iconoclast 2016 Cabernet Sauvignon: Iconoclast is Beckers best selling wine, which is technically a bordeaux style blend (Cabernet Sauvignon, Merlot, Malbec, and Petit Verdot) but Cabernet Sauvignon makes up the vast majority of the blend. This Texas wine goes down easy with violets, vanilla, baking spices, and dried cherries on the nose, followed by dark berries, plums, and coffee on the palate. Great example of a Texas cab!

Ironroot Promethean: A103-proof bourbon that offers spicy flavors thanks for the little bit of rye in the mash bill. Made from purple corn, Bloody Butcher corn, and flint corn, which offers cayenne pepper notes. It’s a cocktail-friendly spirit. Ironroot Hubris: This is Ironroot’s most popular yellow-corn whiskey, a cask-strength blend aged exclusively in European oak barrels. Ironroot Harbinger: Cask-strength bourbon with sweeter, fruitier blend made with purple corn and aged in new oak barrels. Flavor profile helps to hide alcohol. Ironroot Esoteric: This limited release is the culmination of Ironroot’s experimentation series. It’s a blend of more than 25 small-batch bourbons founders Robert and Jonathan Likarish have produced while honing core and new flavor profiles. Sweeter up front with a subtle kick in the aftertaste. It’s released annually in the spring. Ironroot Starka: A “light whiskey” made with a substantial portion of roasted wheat and distilled at more than 160 proof. 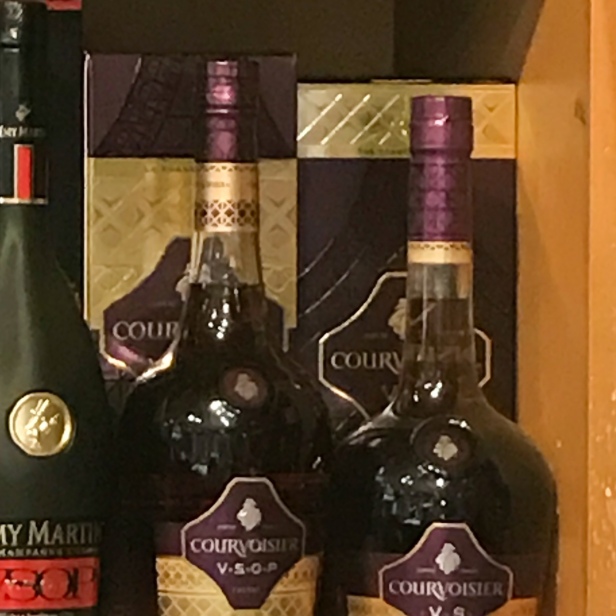 I had only tried brandy once before this episode, so I decided to go with a standard classic for our show. Courvoisier has been in operation since 1809, was Napoleon’s brandy of choice, a staple ingredient in Charles Dickens’ party punch, and the official toasting drink of the Eiffel Tower grand opening. Like Champagne, brandy can not be called Cognac unless it is from the Cognac region in france, which Courvoisier is. I chose the bottle of V.S.O.P. for our segment — a designation for eaux-de-vies that have been aged for a minimum of 4 years, which means Very Superior Old Ale. This spirit is golden in color with floral ripe peaches on the nose and tastes like caramel, toffee, almonds, and stone fruit, wrapping up with a long finish. It’s obvious why this Cognac has been the toast of Paris for over a century, and still remains a frontrunner in the market today. 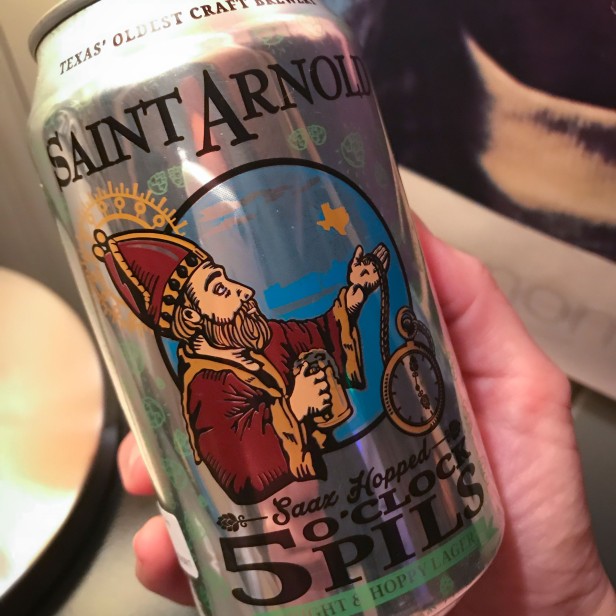 5 O’Clock Pils from Saint Arnold Brewing Co. (Houston, Texas): Saint Arnold Brewing Co. began making beer in 1994 and is one of the pioneers of Texas craft movement. And the brewery isn’t just a Lone Star favorite. In 2017, Saint Arnold was honored as mid-size brewery of the year at the Great American Beer Festival in Denver, Colorado. That means it collected the most awards for its beers that year in its size category. So if we are talking about quality, this is a perfect pick. I chose the 5 O’Clock Pils because it’s a solid display of the brewery’s craftsmanship. Pilsners are lagers, which means they are labor intensive and require a lot of precision to get the crisp, clean finish characteristic of the style. Many brewers say they are more difficult to do right. This one is a refreshing blend, true-to-style pils that’s light in body with high carbonation, giving it a wonderful effervescence. Pilsners are also traditionally hoppy beers, but the hops are used to add floral notes rather than bitterness. This one features Saaz hops that offer a bright finish.

Valle Secreto Cachopoal Valley Key Malbec 2014: I admittedly did not pick this bottle for myself, it was shipped to me from a wine club, but I chose a Malbec because it is the first style of red I remember sipping and enjoying, the first stepping stone into a life of wine soaked madness. This 2014 Valle Secreto Malbec is a great example of a flavorful, balanced wine – especially from a varietal that can be all over the board depending on region and producer. The medium bodied wine is dark and sports it’s trademark purple color, there are dark fruits like blackberry, plum, and currant on the nose, and it tastes like toasty oak and spicy chocolate. I let this wine decant for about an hour before we drank it – just wish I had enjoyed it with a hearty meal!

Fresh Squeezed IPA from Deschutes Brewery (Bend, Ore.): A refreshing, medium-bodied India pale ale with an amber hue and fluffy off-white head. Aromas of citrus and grapefruit come from the Citra, Mosaic and Nugget hops used in this brew. Expect a bubbly mouthfeel from the carbonation and subtle bitter kick on the backend.

Champagne A.J. de Margerie a Bouzy Grand Cru: I decided to get a little bougie with Champagne a Bouzy for our first episode! This non-vintage Champagne is a blend of 90% Pinot Noir and 10% Chardonnay, harvested from vineyards in central Reims, on hillsides overlooking Bouzy – a commune in France. This dry wine is gold in color with fine, refreshing bubbles, red apples and cherries on the nose, and a crisp finish with noticeable minerality. It’s easy to see why the Georges Vesselle Estate have been masters of crafting this lively wine for generations.